( Click here for the published article IT Travel Orlando )

The best of Orlando Discover your inner child in Orlando, the theme park capitol of the world. Norah Casey guides you through the maze of magical lands and kingdoms to give you her top picks – and Harry Potter tops the list. I’ve been to Orlando only twice. The first time Dara was six years old and it was magical. We spent long days at Walt Disney World introducing him to his favourite characters and enjoying the sheer spectacle of the world of Disney magic coming to life around us. Each evening we returned for the fireworks where Tinker Bell swooped overhead from Cinderella’s Castle while Jiminy Cricket orated the Star Bright show. Dara was mesmerised by Buzz Lightyear and Woody at the time so we waiting patiently for him to arrive for the daytime parade and the after dark one just so he could wave frantically convinced that Buzz recognised him by the third or fourth handshake. To add to the fantasy of the trip we stayed at a Disney hotel, the Animal Kingdom Lodge, where you would swear you 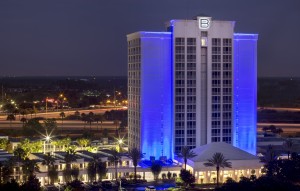 were transported to the African bush with giraffes, gazelles and zebra wandering past our balcony in the morning. Although it was all manufactured it was done in that perfect Disneyesque way where (apart from the food) everything is glossy and believable. And while we might have groaned at the thought of yet another breakfast with Chip ‘n’ Dale, Goofy and Pluto it was hard not to smile at the clatter of kids shrieking and clapping along with the cheesy songs. So now here we were on a return visit and expectations were high. The teenagers were excited and weeks of planning and poring over the complicated variety of theme parks, roller coasters, experiences and events resulted in a plan to spend a full day at Walt Disney World and a full day at Universal Studios & Islands of Adventure – especially the new Harry Potter experience which had just opened a few weeks beforehand. On other days we combined visits to some of the other parks like Epcot, Sea World and LEGOLAND. So here is our rating scale of the top things to do in Orlando and keep in mind that we were a mix of adults and teenagers. Also it is worth noting that the top attractions are owned by three big players – Universal Parks & Resorts; Disney; and Sea World Parks. Universal Theme Parks 1. Universal Studios & Universal Islands of Adventure (www.universalorlando.com) Wizarding World of Harry Potter (Hogsmeade & Diagon Alley) By far the best experience for all of us was the Wizarding World of Harry Potter. Universal Studios and Islands of Adventure are technically two separate theme parks but they are side by side and almost everyone buys a ticket for both. The Harry Potter experience incorporates the older Hogsmeade on the Islands of Adventure side and the newer Diagon Alley on the Universal Studios side. We did both. This was nothing short of amazing – whether you’re a Potterhead or not you will love it. A perfect replica of the Hogwarts Express – boarded at Platform 9 ¾ at Kings Cross Station took us from one side of the park to the other. Inside the old fashioned carriages the likeness to the real think is spooky – outside the window Hagrid bellows something as he swoops by while in the corridor you see the shadows and hear the voices of Harry and Hemione. Diagon Alley is recreated with meticulous detail and you’re transported into the magic of the books. We drank Butter Beer (very like liquid butterscotch) in the Leaky Cauldron, ate all-flavour jelly beans – spent hours in Ollivanders “Makers of Fine Wands since 382 BC” (where the wand chooses you). The teenagers both purchased real life working wands for just under $50. With the help of some nice witches they made some magic happen in the Harry Potter areas with the swish of the wands and the right spell – “Wingardium Leviosa” being a popular option! And although they figured out quickly that if they flicked the wrist a certain way the sensor at the end of the wand made lanterns light up, skeletons dance and fountains pour water it was still the closest to being a wizard you could get. W 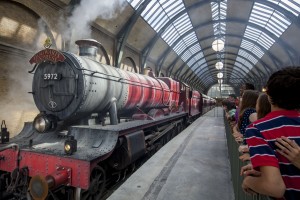 Orlando Hotel review – keep on separate page with picture of hotel and one or two smaller ones of the décor detail. Extended Raglan Road caption also to be included but on another page A new generation of hotels This time round the consensus was that we should find a hotel that offered some respite from the full-on Orlando theme-park experience – a haven to return to at the end of long and busy days. Orlando and the surrounding areas are teaming with hotels (some 450) and we were weeks and weeks poring over options and checking prices. Through a travel writing connection I came across a gem of a hotel that had only just opened, the B Resort & Spa. I had never heard of this small but growing chain of contemporary lifestyle hotels but I am so glad we found it. This is a grown up stylish four star with a great location on Lake Buena Vista (very close to Disney theme parks), it was also a great price and it just worked in lots of ways. The tech savvy teens loved the free Wi-Fi (excellent signal) and the B Resort partners with a cloud-based concierge app, Monscierge, which gives real time information on the local area. You can download the app when you check in or use the large digital touch screens in the lobby areas. We checked the weather each morning (it was lightening season in Orlando), organised restaurant bookings, checked on transport times, confirmed our onward flights and printed our boarding passes all while having morning coffee. The real-life concierge was also incredibly helpful going to great lengths to plan the day ahead and we pre-ordered many of the theme park tickets from the lobby area. There are other touches which add to the experience. For instance vibrant local art is displayed in the main public areas which transformed bland corridors – most days we lingered over one piece or another. The sameness of the décor of some hotel chains make me feel like I could be anywhere – get out of the lift on the wrong floor and the same endless corridor confronts you. The B 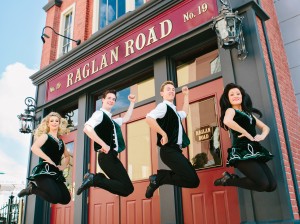 is different. The interior is witty and a bit playful – we would exit the lift or turn a corner and find a perfect statement piece with vivid coloured chairs and a simple orchid to match. The rooms were large and comfortable, nicely designed furnishings and space. The hotel’s restaurant, American Q, is also a bit different with the centre piece being a 1951, cherry-red, Ford F1 pickup truck. Think line-dancing and cowgirl/cowboy waiters and a barbeque concept developed by the famous New York restaurateur Jeffrey Chodorow (China Grill Management). The spa wasn’t opened when we visited but it has now and features Aveda products. The B Hotels and Resorts group have hotels in historic downtown Savannah, a newly opened one on the beach in Fort Lauderdale and one planned to open in 2015 on the marina at Marathon on Florida Keys. Let’s hope they extend their reach to Europe soon. B Resort & Spa, 1905 Hotel Plaza Blvd, Lake Buena Vista, Florida 32830 telephone: 407 828 2828; www.bhotelsandresorts.com  raglan road If you’re heading to Orlando be sure to book a table at Raglan Road – Irish chef Kevin Dundon’s restaurant in Downtown Disney. Firstly because the food is great, lots of Irish staples but plenty more besides and also because it’s an experience in itself eating in a place that was created by Irish entrepreneurs (I was unexpectedly proud that us Irish had staked a claim in the heart of Disney). We dined there twice and really enjoyed the food, the music and the dancing. We were even persuaded to join in. Raglan Road Irish Pub, 1640 E Buena Vista Drive; telephone: 407 938-0300; email: hello@raglanroad.com; www.raglanroad.com