Way to go: Death and the Irish RTE One

Presented by Norah Casey, whose husband Richard died in 2011, this frank and revealing film features firs 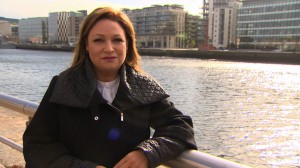 t hand experiences of a broad range of people including healthcare professionals and people who are dying speaking openly and honestly about going through what will be the last months of their own lives.

We also hear thoughts and anecdotes from well-known figures such as actor Gabriel Byrne, broadcasters Marian Finucane and George Hook, plus comments from mem

bers of the general Irish public.

The programme prompts the question, given the fact that death is 100% certain to happen to every single one of us, why don’t we want to talk about it? It also examines the idea of planning ahead for a more dignified death.

Made in association with the Irish Hospice Foundation.

You can watch the programme here

Hospitals exist in a purely practical way and they have to. Somebody comes in after an accident and they have to get them, to get them through but in the event of a death for example, where people have to be brought together to be told that somebody has died, you don’t want that to happen in a corridor, people are rushing up and down.

I suppose like anybody else I’d rather not deal with it and be run over by a bus! do you know – that’d be the end of it!

If I could refer back to an interview that I did a few years ago with a friend of mine Nuala O’Faoilain – and a lot of people resented how honest Nuala was.  But a lot of people felt very liberated becuase she was saying all the scary things that they were feeling but didn’t like to say in case it would be a burden on their loved ones. 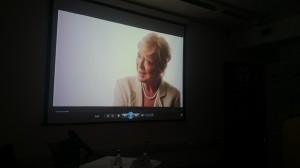 I think that her honesty – her searing honesty which at times people found difficult was a method of liberation for people who were in similar circumstances and I think that she articulated the fears that others didn’t wish to articulate in order to protect their own loved ones.

And after we did it because we pre-recorded it I thought dear lord can we put this out or will we terrify the nation you know but we went about it very carefully what we said beforehand what we said after wards, gave people a government health warning and it transpired that people who were dying were the people who really really wanted to hear that interview

When I was a brand new reporter I was sent up to our Lady’s to do a report – Our Lady’s in Harold’s X and I remember sitting composing myself in the car you know to be respectful and how would I approach it and I was quite nervous about exactly that saying to somebody – “how are you feeling about dying” and you know I’d never done that one before.  So anyway I composed myself and I got out of the car and the first thing I heard when I got out of the car – was laughter.  And I was utterly shocked!    Like really shocked and I thought you know people can be very callous you know!

It’s a very important moment in life and it is an inevitable moment in life and in 100 years from now nobody in this space is going to be alive and I think that we sometimes kind of sanitise death by not addressing it – and you can have the best of intentioned people who will use medicines and all sorts of things to avoid death without realising that actually death is part of life and I do think a bit of dignity, a bit of kindness , em, is the least that you would want.

I think there’s a lot to be said for going gently into the night – do you not?  I would think there is.

I suppose everybody’s aware that it’s going to happen, but not today Lord!

Like why would want to think about death – I mean I’m sure someone looking at this thinks my god you know – I can’t believe it the guy’s maudlin – the guy’s deranged. But it is the only inevitability – there’s no other ine 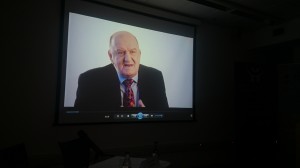 One thing is absolutely certain – we are going. Now why not try and go on your own terms

Well my plan is pretty straight because I’ve got it all sorted and it will probably/hopefully consist of having an almighty row with Tom McGiurk and keeling over live on TV.

I remember wakes at home and the first wake I remember it was a neighbour – and eh, a tradition that time was that clay pipes were left outside the windows of the house… I had my first smoke at 4 years of age!  I saw everybody doing it and I thought you know I have to do it! 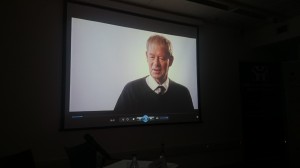 I think it has changed a lot – more and more people will end their days in a hospice in a hospital or in a nursing home – some people would regret that all deaths do not take place in the home but well I think the reason for the shift or one of the reasons was the great increase in the medical care and attention – the facilities in the hospitals.

Who is the judge of a good death?  Ideally it’s the person who has just died but there’s no way of communicating with those.

Q – What would be a good death?