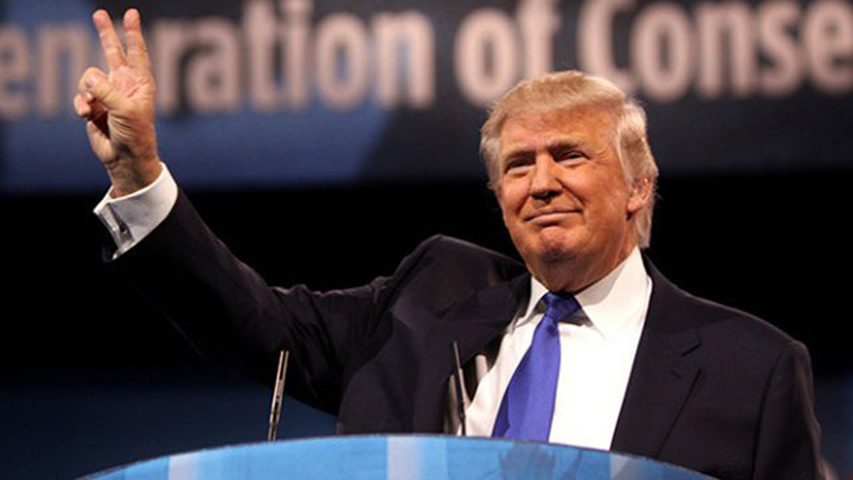 As partisan politics recedes, and policy differentials become less relevant we will see the emergence of a new heave towards honesty and authenticity in governance. One of the biggest disconnects in our society is the gap between what ordinary people talk about and believe and what politicians talk about and say they believe. If opinion polls are to be believed the prevailing view in Ireland, Europe and the US is that politicians, regardless of political party, are not to be trusted.

Authenticity can’t be faked, it’s not about safe soundbites. In fact it is often the opposite. The authentic leader is searingly honest even when that honesty alienates others. When you speak truly from your heart of hearts no question requires a fudge, the truth comes quickly and unfiltered. When we see politiciansduck and weave we know there is a strong chance they are avoiding the truth. And even if they aren’t we think they are anyway.

The rise of the radical individual

So if traditional politicians are getting it wrong who is cutting through to the masses? In the US no one would have believed that Donald Trump could have reached this stage. He was patient zero in a new order. The first presidential candidate who was not beholden to donors, vested interests and lobbyists. He regularly reminds voters that he is too rich for anyone to buy. For the most part the consequence of this is bizarre and frightening. An ego narcissist with enough money to say anything he wants without consequence. But when he said let’s build a wall with Mexico even though we abhorred that thinking we believed that he believed it. Trump has consistently polled as one of the most authentic candidates throughout the election process. Jeremy Corbyn was one of the most rebellious MPs when I lived in London but his reputation was built on his authenticity. He has never veered from his principles and like it or not he says it how it is. In Greece and Spain, unlikely leaders have emerged, protest parties have gained power. This distrust and resentment of mainstream politics saw the shift towards the SNP in Scotland, the increasing popularity of Nigel Farange and UKIP and the rise in our own independents.

As part of my talk at the recent MacGill Summer School I delved into the mega trends and drivers that will shape the landscape for the world. The super transformers; societal, technological and economic; the shifting sands of geo-politics; the rise in violent extremism; climate change; and energy resources. Some of the best brains in the world are focussed on those shifting global sands. Our world is in motion and the pace of change feels faster and more furious than at any time in our history.

There is one huge commonality in all of these global trends and one that will have the single biggest impact on Irish politics as we time travel into the future. Amidst all the muddle of all of these seismic shifts in demography, economies remapped and the digitally over connected versus the hardly connected there is just one thing that will make or break those who take on the mantle to lead our county. And it won’t be how often they tweet, or whether they fix pot holes, it certainly won’t be about election posters, or air time on RTE. It will have nothing to do with how often they turn up at funerals (whether they are related to the corpse or not).

The battle for belief

When millions of people across the water voted to leave Europe, they didn’t do so on policy grounds, many probably didn’t even know what they were truly voting for. This was a battle of belief. The biggest google searches in the UK the day after Brexit were in areas around What happens when we leave Europe?

People believed the rhetoric of the leave campaign and the remain camp underestimated people’s growing disillusionment with a remote elitist government who controlled all the decisions.

This lack of understanding of what really matters to people led to our own tipping point. Which is why the water charges became something unexpectedly big. So significant that it was the dominant issue during the 63 days of talks that led up to the formation of the government. And although various political parties took credit for the Yes Campaign, that change was overwhelmingly driven by people not politicians.

We are building a future where political leaders will enjoy unfiltered direct access to voters but that’s going to come at a high price.

I wake each morning to newspaper stories that are in large part often driven by social media commentary. Along with major celebrities, global political leaders are increasingly active on social media and while politicians may not hear the general populace shouting Answer the question at the TV screens when they are trying to wriggle out of a direct answer, the world of social media is not so silent in offering fast and frank feedback. And for those not afraid to tell it how it is there are huge advantages. Donald Trump regularly sidesteps mainstream media and tweets what he wants when he wants as does Hilary Clinton. Direct access to voters allows for a more personal dialogue and immediate feedback.  At some point in the future we will reach the point where social media is mainstream media – not a separate world. Back in the 70s political leaders who didn’t grasp the need for television appearances when it was an emerging medium were left behind on the soapbox. In the future the idea that printed posters tied to lampposts will influence voters will be ludicrous in a world where millions of teenagers are, while I speak, tramping the streets searching for Pokémon in virtual worlds. Politics needs to be where the people are and it needs to be relevant to future generations. Those who don’t grasp that will be left behind – taking part in a panel discussion in a television studio when the real debate is happening online.

There is a perceived truth deficit in government.Even the nature of the conversation between and amongst people and the dialogue within political circles is disconnected. The reverence for traditional politics is ebbing and the new coastline looks very different. This is not a personal or a cynical view. Major global studies and surveys have consistently shown a fall off in trust between politicians and citizens. Across multiple surveys, samples and age groups the level of trust is now the lowest in history from a high of 70% in the 50s and early 60s to below 20% and falling. An opinion poll in Ireland last year put the figure at one in ten.

This is that awful moment when I admit…some of my best friends are politicians.Without exception they entered politics for all the right reasons, a desire to change the world and to make things better. But then something happens. They become two people – the private authentic personae and the public political one. I wonder sometimes if there is a secret Hogwarts for Politicians where that disconnect is drilled in. My message is simple. People will trust you more if you reveal the inner you even when they don’t agree with you. Social media will eventually become mainstream media and politicians can choose to talk directly to voters or be left behind. But they will need to be irreducibly real to close that truth gap and they will be overshadowed by the rise of the radical individual if they don’t make people believe that they are speaking from their heart of hearts.

Trust in government, policy effectiveness and the governance agenda

Why are people losing trust in politics?

What Can Governments Do When Trust Evaporates?

Politicians trusted by only one in 10 teenagers, survey finds